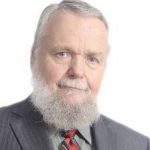 Rev. Prof. Gary S. Maxey is known primarily for the founding of two theological institutions in Nigeria – Calvary College of Theology in Port Harcourt, where he served from 1982-1989, and West Africa Theological Seminary (formerly Wesley International Theological Seminary) in Owerri and Lagos, where he has served from 1989 to the present. Since 2010 he has also served as the founder and head pastor of New Beginnings International Church in Lagos. His wife of fifty years, Emma Lou, has served beside him in various capacities. They are blessed with four children and eleven grandchildren. Having lived in Nigeria since 1982, they are committed to give their remaining years to continue the work God has given them to do.